So, I know that I said that I would get back to Journey of Miles, but I forgot the discussion of the last two installments. Also, I have some important information to pass on to those of you who are following my progress.

First, most (if not all) of you know that I am responsible for my own business. Unfortunately, I have been facing competition from a major competitor and manufacturer who has been cutting into my market share in a major way. For that reason, I have been forced to close my business for the slow season (maybe indefinitely) because unfortunately, I have not been making enough money to pay the bills. This means that I had to seek work outside of the business. Working for someone else frees up time as well as takes time away. My “off the clock” time is no longer consumed with thoughts of business, but I can’t be on the computer AT ALL during my “on the clock” time.

Do you see how this presents a dilemma?

I am trying to edit and publish a book, keep a blog and mailing list up to date, AND write Book II of a beloved fanfiction with less than half of the available computer time that I had before. Yes, this is definitely going to be a problem.

Having said that, please be informed that the editing is going to take longer than I thought, and that when I do get back to Book II on Fanfiction, it most likely will not be updated twice a week. We will see if that changes as time progresses.

Next, most (if not all) of you know that the original story turned out to be 1600 pages long in its current format. Of course, we couldn’t leave it like that! No one wants to sit down and read “War and Peace” right? So, I had decided that Book I would be two volumes… hopefully one released right after the other. Well, I reformatted the story and did my preliminary brush-over edits and the story came down to about 1300 pages. Then I eliminated some initial redundancies and the story is just under 1200 pages. I have some more redundancies to eliminate in the second half, but I am happy to say that the first round of edits on Book I, Volume I of the Butterfly Saga is complete! This only means that I have read through and changed the names, location, and necessary events of the very first part of the story. Book I, Volume I looks to be just under 500 pages before second-round editing. I think that works out well for my stories.

Finally, since I have reached this Milestone (pun intended as you will see in the book), I have felt comfortable starting to put together the outline and storylines that I have started for Book II. This means that in conjunction with continuing the editing on my book to prepare for publishing, I will be actively working on the chapters for Paging Dr. Steele, Book II (that will not be the name of Book II). Keep your eye on this blog, your email, and Paging Dr. Steele as Book II will be announced as an epilogue to PDS in the voice of one of our villains! AND I expect to start updating at the end of the month. AGAIN, it may only be on Saturdays now because of my changed schedule, but  we will see how that works and I promise that you will always at least get an update from me once a week. Now, on to Miles…. 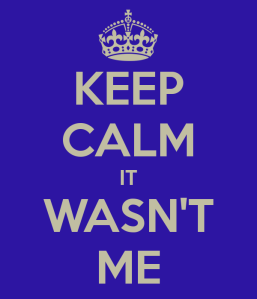 SO… in part V, the truth has come out about Oliver’s abuse of Miles and everyone is pointing at everyone else as to who is to blame about it going on so long. Well, no, let’s correct that… Julia is blaming herself and Natalie; Maxwell is blaming himself and Natalie; Natalie is blaming anybody but herself, including Miles.

Do we see a pattern here?

I hate to side with a Pedophile, but I do have to agree with her on one thing. As a mother, Julia should have known that something wasn’t right. I know from experience that we can choose to be blind to certain things if we refuse to believe that it is going on inside our own home. I haven’t had this particular experience, but I have exercised “selective blindness” in my life.

Nonetheless, Miles has been released from the physical abuse of his oppressor (one of them anyway), but the emotional affects of it is of course far reaching. He’s having nightmares and daymares that Oliver will return to finish the job and therapy isn’t helping. Anyone who has read Paging Dr Steele can see where the “Stoley” syndrome is falling into place here, not because Miles is resentful of therapy, but because the therapists are not treating specifically what is wrong with him.

In addition to that, he is now getting a taste of the fraud that is his and Natalie’s relationship, although he doesn’t identify it as such just yet.  He has run to her for comfort, but he’s only being used. In the end, a selfish person will always be selfish and  we all know that Natalie is only in this for what she can get from it. Natalie craves a kind of control that cannot be filled, a kind of control that will only result in pain for all parties involved – including herself. Miles doesn’t yet know that he is caught in a vicious cycle yet again. He only knows that he is confused and in pain and that Natalie somehow plays into this confusion and pain. So what does he do?

Now, I know that characters often write themselves; my fingers just type the words for others to see. As I was forming this event in Miles’ life, I was writing this act as an act of curiosity – a method to try to understand why Oliver enjoyed this lifestyle and subsequently an escape for the pain that he was feeling from Natalie’s rejection. As I go bak to read it, I learned differently. It was all of those things, but at its base it was an act of rebellion and revenge. It was an act of rebellion against everything as it was at that time:

Against Julia – he could have very easily told his mother that the room was there. Instead, he kept it a secret and then had it dismantled when he was done with it.

Against the therapists – a bunch of quacks who are not addressing his problems.

Against Oliver – Oliver always made the room forbidden. This act is removing what was left of Oliver’s control over Miles.

Against Natalie – ultimately, this is rebellion and revenge against Natalie. At this point in his young life, Miles is effectively a scorned lover. He just doesn’t know it yet. Nine times out of ten, if you didn’t leave your lover for someone else, the next lover that you get is to prove to yourself and to your prior lover that you can get another lover. Don’t admit it if you don’t want to, it’s fine – but it’s the truth. You run and jump into another relationship with the mentality of “I’ll show them,” which is exactly what this child is trying to do. Of course, this act takes on a life of its own and becomes much more than he expected.

What’s strange is that I didn’t know that when I wrote it.

So now, all of the previous marriages have been dissolved. No more Oliver and Julia; no more Maxwell and Natalie. This leaves everyone to pursue romantic relationships with whomever they so desire… although Oliver can only pursue a relationship with his cellmate Bubba at this time, but I digress. Natalie is still fulfilling her… urges… but she keeps Miles just close enough to keep him hanging on. Little does she know, Miles is filling his time with a new hobby. He wants so badly to participate in this new pasttime as he learns more and more about it. However, he discovers that although this lifestyle is considered taboo, it also must be consensual, meaning that none of the adult participants and experts are willing to apprentice a child. Well, no problem. Lie about my age, learn what I can from the chat rooms and find a nice girl that will let me fuck and flog her. Couldn’t be that hard, right?

Not only has he been through a few girls that have turned him down quietly, but now he must contend with Big Mouth Brianna who has blabbed all over school that he is into this alternative lifestyle. She is running her mouth so much, in fact, that the news has gotten to Levi all the way on the other end of the country at UC-Berkeley. Now he has to put that fire out and, oh, have we mentioned that Natalie knows now? Yeah… he is slowly pulling away from her and sinking into the lifestyle. The only thing is that while her back was turned, he developed into Young Hotness!

So, yeah, she still has her claws in him but he is blind when it comes to her. While she is learning the lifestyle that now interests him, he still naively thinks that she is looking out for his best interests – even after he finds a playmate close to his age that mysteriously goes off to college somewhere and never speaks to him again. Did anybody else find that strange?

Now, she decides to sub for him, but this act us futile because he can’t objectively dominate her. In the process, he still sees the control that she has over him because of his misplaced feelings for her. So he has decided to continue his “studies” without her interference… or is he?

The last installment of “Journey of Miles” with be his trek from high school student to wealthy and successful businessman. Where do you think Natalie – and his parents – will play a role in his transformation? What do you think about Miles’ journey so far and how he views the lifestyle through the eyes of a teenager learning on his own, without the influence of a manipulative pedophile (for the most part anyway) that we saw in the original story? Do you think that, in the rewrites, this will affect the kind of Dom he is or his reasons for partaking in the lifestyle as an adult? (You can clearly see that this story is taking a turn from the original, can’t you?) Your thoughts?

16 thoughts on “Discussion on Miles–Part V and VI (and updates on life, Book II, and publishing)”