Holy cow, Batman. I am really loving the emotions and responses that I am getting from Miles emotional back story. You have a rare glimpse into the author’s mind before the book is published… So lets talk about Part I and Part II, shall we?

So in Part I, we introduced Miles and some of the new characters in the book. Many, if not all, of you are familiar with my writing and know that my information is drawn on research as well as personal experience. In and of itself, I have never had experience with the atrocities that have happened to Miles so far. However, I have had extensive experience with stepchildren. As a matter of fact, one of the urban expressions that I have repeatedly heard and used is”you are treating me like a stepchild” when referring to treating someone badly.

This is one of the reasons that I don’t call my husband’s children my “stepchildren.” I call them my “bonus babies.” Cinderella already gave “steps” a bad name, and then there are some stepparents out there that perpetuate the persona. Case and point–Oliver Anderson. 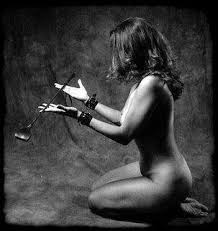 …to the pretty damn sick.

Of course, that is a matter of opinion and perception, so “sick” is relative.

Bearing that in mind, I would venture to say that Oliver’s tastes may tend toward the “sick,” although Miles thus far has only seen bondage and sex. He hasn’t seen Oliver using any implements nor has he witnessed any badly bruised or traumatized women emerging from Oliver’s dungeon. Why Oliver is such a cruel, hateful bastard… well, we’ve seen part of it. He has the stereotypical Bad Stepfather syndrome:

The only problem with this theory is that Miles already has a father–one who is active in his life–so Oliver ain’t Daddy! Also, Miles looks like Maxwell, so he’s a constant reminder to Oliver of the man that had his wife before him. There’s another man in his house as far as he concerned. In addition, bullies prey on the weak, which would explain why he targeted Miles. He’s the youngest and the smallest. If he targets both children, they would likely unite against him. Of course, once the baby girl, Emily, is born and Oliver now has a blood heir, so to speak, one stepchild gets ignored and the abuse continues for the other.

Now in part II, the abuse is getting worse, and we introduce where Miles cannot be touched, but then his “angel” shows up.

Beautiful with the sun capturing the sparkles and highlights in her red hair. Young and very easy on the eyes–always kind and now befriending a frightened and hurt little boy, vowing to keep his secret. He is now able to release the burden of having to carry this secret all by himself, which we all know is murder on a child. It’s bad enough that something horrible is happening to him, but in addition the monster has threatened his family–all of the people that he loves–if he lets the cat out of the bag. So now, not only has the beautiful angel nursed his wounds but she has also offered him emotional and psychological support. She’s heaven sent… right?

Well, you should probably bear something in mind before the story continues. I have indicated that she works on the pediatric ward, so we know that she works with kids. I have also indicated that it’s not unusual to see a nurse in different parts of the hospital, so now we know that she’s a pediatric nurse. I don’t know how it is in other countries (that may be something I need to research–you know how I love my research), but in America, if a medical professional see signs of abuse, they have to report it immediately. No if’s, and’s, or but’s about it. This is a pediatric nurse–do you think this is the first time she has seen abuse? Yes, young Miles is terrified. Have you seen an abused child who was not terrified? Yes, he is of course frightened into silence–that’s how abusers work. They threaten the victim and those close to the victim to guarantee that their sins are never discovered. You don’t think Natalie is aware of this cycle? Yet with this particular boy, she chooses not to say anything immediately (like she would with any other child) and go around the hospital stealing meds instead–which, by the way, could cost her job. Bearing that in mind, it looks like she is more concerned with keeping Miles’ secret and staying in his good graces than she is with his safety.